742. The Decline of the American Empire

The Decline of the American Empire
1986
Directed by Denys Arcand 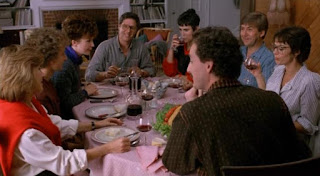 Who doesn't want to watch a group of intellectuals talk about sex?  I certainly can't get enough of it, as I have watched all of the episodes of Sex and The City many times.  Perhaps I shouldn't admit that.

Anyone who is a fan of dialogue driven movies will absolutely love this. These people talk about sex like they have such control over their emotions when they really are completely clueless about the people around them.  It's fun watching intellectuals flounder in the face of real passion, that's why I can't stop reading Victorian romance novels.