Hsia Nu
A Touch of Zen
1969
Directed by King Hu 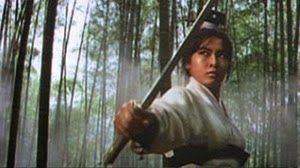 I apologize again for not posting lately.  Finding these movies lately has been an adventure in itself and I haven't really been in the adventurous mood.  Particularly adventures involving illegal downloads and crappy subtitles.

This movie is almost impossible to find with subtitles so I had to use the old "download the subtitles and read along and half through the movie realize I have been behind by one scene the entire time which is why I have been hopelessly lost the whole time".  Thankfully, once I realized that the mother was somehow also the love interest of the son, it was quite enjoyable.

Ku is an artist, who much to his mother's disappointment, has no interest in becoming a government official.  He falls for his neighbor Yang who, of course, is secretly a fugitive princess.

This film falls under the wuxia, or the sword and sorcery, genre.  I personally love martial arts movies and any film that reverses gender roles soothes the angry feminist within.  While Ku is a pretty clueless and useless character, Yang kicks ass.  Although I should add that Ku grows into more of a man after bedding Yang, which gave me horrible American Pie flashbacks.

My only complaint would be that the fighting wasn't great, but there are plenty of great martial arts films on the horizon that excel in that respect.  Definitely worth checking out. 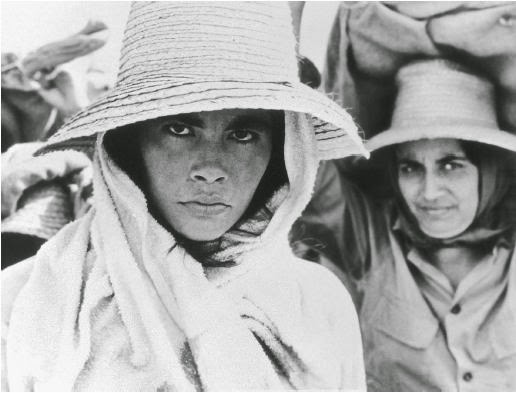 It has been way too long since I last posted, so I apologize.  I struggled to find this one and when I finally did track it down, I was too busy to pop it in since I am in the process of moving.  Rather than face the horror of unpacking my kitchen supplies, I decided to finally knock this out.

This movie is divided into three parts, each one based on a character named Lucia.  The firstLucia falls in love with married stranger, who may or may not be plotting against her nationalist brother.  The second Lucia falls in love with a revolutionary and must deal with the consequences of his actions.  Stay away from the soldiers ladies.  The final Lucia is treated as a slave by her husband.  This is the only section that attempts to be comedic, but I just found it to be disturbing.  The moral seems to be "well, at least it isn't as bad as it was."  I don't mind watching the women's rights movement develop, but I am certainly not going to laugh at people's reluctance to provide equality.  Please excuse my extreme crankiness; it has not been a good day.

Did anyone else feel like they were watching videos shot by some creepy guy behind the bushes?  I am not sure why I got that vibe, but I have seen enough horror films to be properly freaked out by it.

I have to leave soon, so I am going to wrap this up by saying that parts of this film were so overreacted that it was sometimes a bit hard to watch.  Skippable.

Winner of the Golden Prize and the Prix FIPRESCI.
Posted by Amanda at 7:48 AM 4 comments:

I have been away from this blog for a little bit, so I apologize.  My birthday was a few days ago and I have also been extremely busy doing physical therapy for my leg and then moping about the pain afterward (which takes almost as much energy!).  Anyway, I am back for now so let's crank these out.

I watched about twenty minutes of this movie before realizing that I hadn't taken in a word.  Being the diligent blogger that I am, I restarted the film.  I am so pleased that I did, because this really is a fantastic movie.

Strictly Catholic Jean-Louis runs into an old friend, Vidal, who takes him to his lover's house.  For the duration of the film, the three of them discuss philosophy, religion, and love.  When Vidal leaves, however, Jean-Louis struggles to decide what he wants to do with Maud, particularly because he is already in love with someone else.

I absolutely love discussions about philosophy and religion (though not when someone just posts a bunch of random scripture in the comments sections; ahem).  I know I don't sound half as eloquent as the characters in this film, but I still have a lot of fun listening to new ideas about the way the world works.  So this was an entertaining film for me, although I can see how it might not be everyone's cup of tea.

Definitely a film I would recommend to people who love good dialogue!

There seem to be two English titles for this film: "My Night at Maud's" or "My Night with Maud".  I am in no way fluent in French (though sometimes I pretend to be) but isn't the first title more accurate since it "chez Maud" and not "avec Maud"?  Thoughts?

Night of The Living Dead
1968
Directed by George Romero

Zombies film have never exactly scared me, but they are still one of my favorite sub genres of horror.  The dialogue and special effects can be silly or serious and ultimately effective either way.

Siblings Johnny and Barbra are on their way to pay respects to their father's grave.   Just as Johnny is about to scare Barbra as a prank, the two of them are attacked by zombies. Barbra lives and must band together with other survivors in order to figure out how to live through the onslaught of murderous monsters.

The true greatness of this film stems from the interactions between the humans rather than the attacks from the zombies.  It kind of reminded me of Hitchcock's Lifeboat or Ford's Stagecoach: a group of people having to abandon their prejudices and trust issues in order to survive.  The difference here is that the chances of ever getting back to normal are slim to none.

This is probably the best zombie film I ever seen.  Great dialogue and hey, entertaining action to boot.

One of the most successful independent films of all time.