La Joven
The Young One
1960
Directed by Luis Bunuel 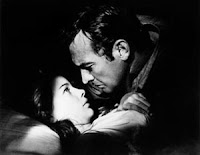 I have really been falling behind on this blog.  I am still watching the same amount of movies but I am having trouble writing reviews lately.  I am blaming that partly on the great deal of apathy I have been feeling and partly because the movies I have been watching lately have failed to impress me.

This is the story of Traver, a black man who is accused of rape.  He escapes onto an island occupied by a beekeeper and his dead wife's granddaughter.  Both men make advances toward the girl, who is easily twenty years younger than both of them.  Gross.

So the film certainly has interesting themes.  The idea that rape seems to be accepted by the girl but rejected by the man who has been accused of it is actually rather fascinating.  Disturbing but fascinating.

This is isn't exactly a movie I would recommend but it kept my interest for its 95 minutes.

Released as Island of Shame in the UK, FYI. 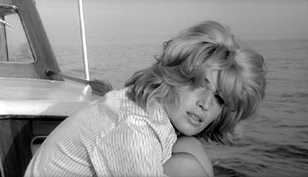 Moving right along with the 1960s, we come to another weird film that is pretty much about two terrible people with no resolution.  However, it is a very pretty movie so I will not bitch too long about it.

Anna and her boyfriend, Sandro, decide to go yachting cruise in the Mediterranean.  They bring along a few wealthy couples and their friend, Claudia.  Anna goes missing on one of the islands they visit.  Claudia and Sandro spend about five minutes looking for her before they start sleeping together. Ah, romance.

So the story line may teeter on the edge of absurdity, but there are a few interesting things about this film that I think made it worth my while.  First, like I said, the movie is absolutely gorgeous.  Of course, it is hard to make the Mediterranean Islands look unappealing, so I suppose this mention might be a bit of a give away.  Still, it was a beautiful movie to watch.

Secondly, the ambiguity of the ending was quite thought provoking; in other hands, it might have been extremely frustrating.  Since we are a spoiler free zone, I will not say anything else about it.

So worth a watch but certainly not a stand out film.

Rated as the second greatest film of all time in Sight and Sound Magazine.

Booed at the Cannes Film Festival.

A woman's bare breasts were shown right before she has sex with her boyfriend.  We have definitely reached the 1950s, ladies and gentlemen.

This is the story of a pianist who gets dragged into his brothers' troubles with local gangsters. This greatly interferes with both his job as a piano player and his new love interest, Lena.  Will love triumph in the end or will our annoying siblings always get in the way of our happiness?  Watch to find out.

Surprisingly, this is actually a funny film, complete with cutaways and gags.  I haven't always clicked with the French style of humor but I did laugh out loud a couple of times.  Additionally, the dialogue is interesting and the conversations the four of them had about women were actually my favorite parts of the film.  The Book mentioned that the dialogue played out as it would in a Taratino movie and I wholeheartedly agree.

My one complaint is that I did have some problems following the plot.  This movie is based on a novel and I am sure if I read the book, lots of blanks would have been filled in.  The plots in noir films are always a bit convoluted but this film was so full of flashbacks and cutaways that I found myself especially confused.  There doesn't seem to be a decent plot synopsis on the internet of this film so I suppose the movie constitutes a rewatch.

I would still recommend giving it a try, but certainly not a favorite.

Heavily improvised by the actors.

Bombed at the box office.
Posted by Amanda at 7:55 AM 5 comments: 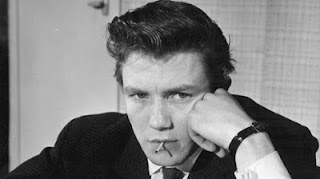 So I finally finished writing my review for this film and Google Chrome deleted it.

Well, I really don't have the energy or time to write it again so I am just going to sum up what I thought.  It was boring, sexist, and no central theme, except for maybe "women will stop you from having fun."  Screw that.

So this post certainly won't win any rewards but my laziness won the internal struggle so there is really nothing left to say.