309. All That Heaven Allows

All That Heaven Allows
1956 (This is how it is listed in the book; I think it is actually 1955)
Directed by Douglas Sirk 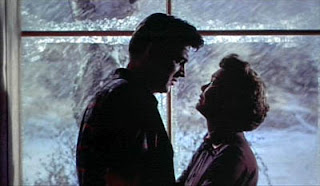 A wealthy woman is in love with her gardener.  Society won't like it! Will love prevail?

Admittedly, these two aren't as sexy as say, other gardener/rich woman pairs: 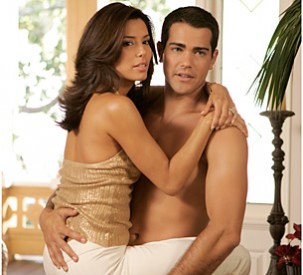 But still, they are great actors.  The performances would be better if the script had been better.  As is, this being a melodrama, the love scenes are hammy and a bit hard to swallow.

However, it was still interesting to see a movie that showed suburbia as not some idyllic place but rather an environment filled with unhappy and bored people.  Of course, this is a theme that will be done to death later but it wasn't exactly common back then.

So like I said, this is a soapy melodrama, which can be fun sometimes and ridiculous other times.  This one was probably on the ridiculous side but still fun.

Jane Wyman is only eight years older than Rock Hudson.