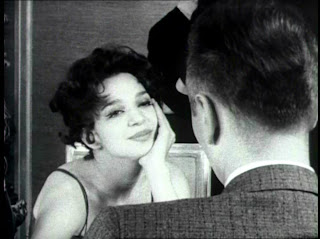 I was dreading writing this review because, frankly, I have no idea what happened.  I paid attention for the entire film but I can't really name a single event that took place.  I suppose some would call that a strength, that the film is just a small sampling of life.  I call it boring.

Three siblings live together.  Two of them can pass for white while the other one can't.  I think the problem is that the filmmakers were so intent on pushing boundaries (which to be fair, they did) that they forgot they had to at least sort of try to make a decent film.

The editing is terrible and the script is apparently improvisational.  Strangely enough, the dialogue felt very forced and unnatural.

All that being said, the fact that this film depicted interracial sex is pretty amazing.  I love early films but I have been getting really sick of the production code.

The love scene was shot in Katharine Hepburn's brother's house.