The Producers
1968
Directed by Mel Brooks 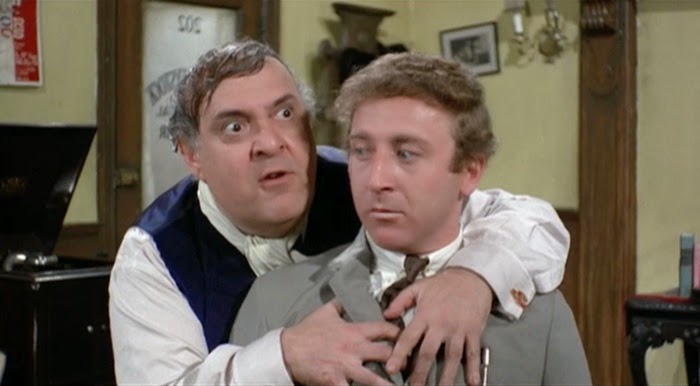 It was hard to come into this movie without prejudice.  I have seen Blazing Saddles for heaven's sake; I know what Mel Brooks is capable of.  This is a really good movie, though; by God, we have no idea what is to come.

A nerdy accountant and a crooked play producer figure out that they could make a lot more money on a play that flopped than a play that was successful because wealthy investors would not expect their money back if it was a complete failure.  They choose the absolute worst play they could of, Springtime With Hitler.  However, it is a bit harder than they expect to stage a flop.

This movie's premise is a lot better than the execution.  What I mean is, there won't be a joke a minute that will keep you hysterical.  Instead, it is the entire absurd story that will keep you interested and amused.  That being said, a more modern audience might not like this comedy as much since comedies today usually have a punchline every eight seconds.


I personally liked it; though, again, it wasn't by any means the funniest film I have ever seen.  The two lead actors are absolutely fantastic.  Mel Brooks, how could you become such a monster?

First use of the term "creative accounting".

One of Premiere's "50 Greatest Comedies of All Time".