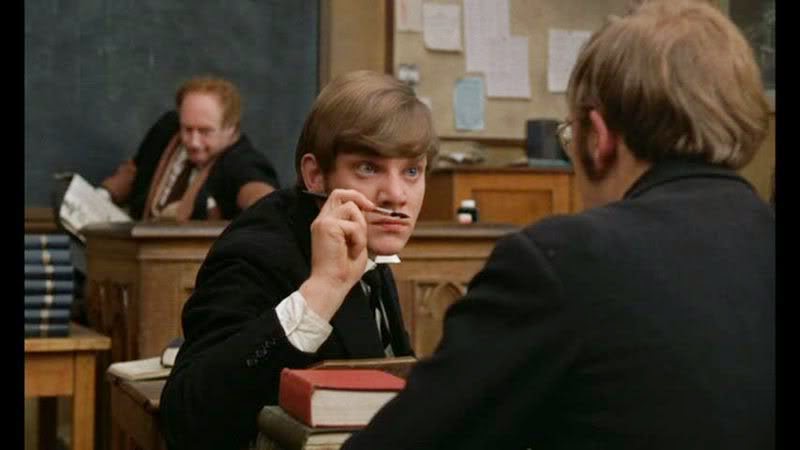 After this post I will FINALLY be caught up on this blog.  Thankfully, I don't have too much to say about this one, since it is basically Zero for Conduct, which I reviewed already.

Three non conformist boys attend a school that students are brutally abused.  They fantasize about killing all their teachers.  Needless to say, in this today's climate I found this to be highly disturbing.  Also the movie switches between black and white and color because of budgetary restrictions or artistic pretentiousness or something equally ridiculous.  This makes for a incoherent and disconcerting movie.

Additionally, I am not a huge Malcolm McDowell fan; in fact, I can't remember a film I have see him in  without walking away with a bitter taste in my mouth.

Go for the superior Zero film, if you want to watch a movie about school boy rebellion.  Why you would want to, I don't know.

The nude scene of "The Girl" was McDowell's suggestion, since he wanted to see the actress nude.