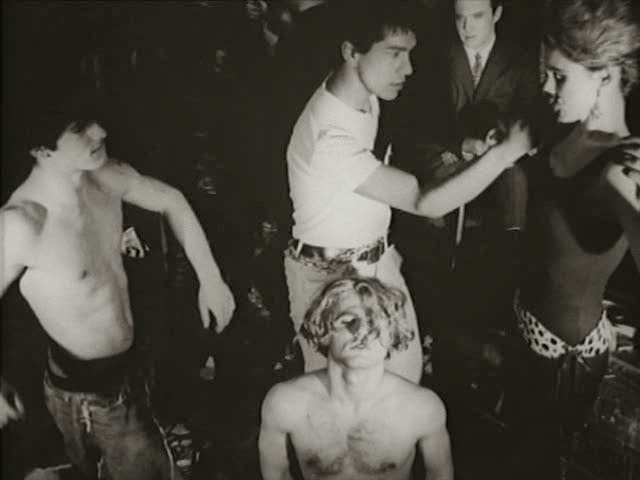 I, like many film buffs, knew about the notorious Andy Warhol film Empire (eight hours of black and white footage of the Empire State Building).  When I started to play Vinyl, I thought "well at least if I have to watch an Andy Warhol film, it was this one"  After about five minutes of this movie I found myself wondering what was so bad about watching a building for that long anyway.  At least that movie wouldn't have such terrible actors.

There is no plot to this movie although I have heard that is a remaining of A Clockwork Orange.  Man, how could this get any worse?

So two to five douches are on the screen at any given time.  The camera never moves and it is so cramped, that you get the impression you too are stuffed into a very tiny space.  The actors don't seem to know any of their lines and the whole film just seemed like a giant "fuck you; artsy people will eat this up!"

Most interesting thing about this movie is that it was included in The Book.
Posted by Amanda at 12:59 PM