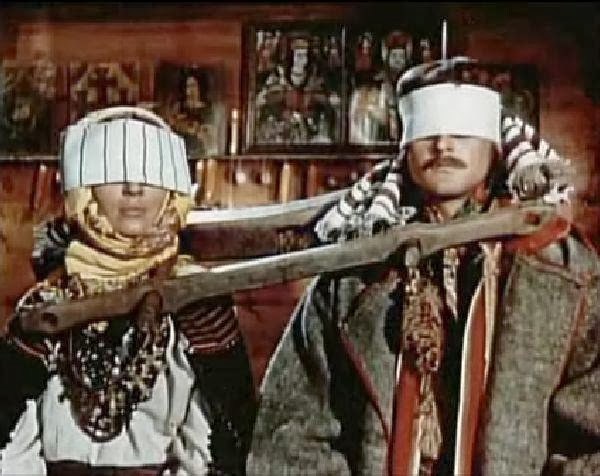 Okay, can I start by giving a handy tip?  If you are putting subtitles on a movie, don't make the font white when the background is predominantly white.  Just don't do it!

When I started this film, I had the distinct feeling that I had seen it before.  The style seemed familiar and the somewhat nonsensical plot brought with it well remembered feelings of frustration and confusion.  Then I realized that The Book has made me watch the same type of movie over and over again and it can be...exhausting.

Anyway, this particular film is about Ivan, who falls in love with the daughter of the man who killed his father.  I know, this sounds like a great premise to a detective show.  Actually, it is way less interesting than that.  Ivan goes kind of insane, there is religious symbolism, blah blah blah.

Wow, these reviews are getting kind of lazy. Soon there might just be an emoticon that symbolizes how I feel.  2014 is the year of efficiency.

As frequent readers probably know, I am not a religious person so stories that have anything to do with that subject rarely hold my attention.  This film was trying to be artsy, clearly, but also tried to have a coherent plot.  This is a lethal combination.

Nothing terribly interesting about this one.  Surprise!