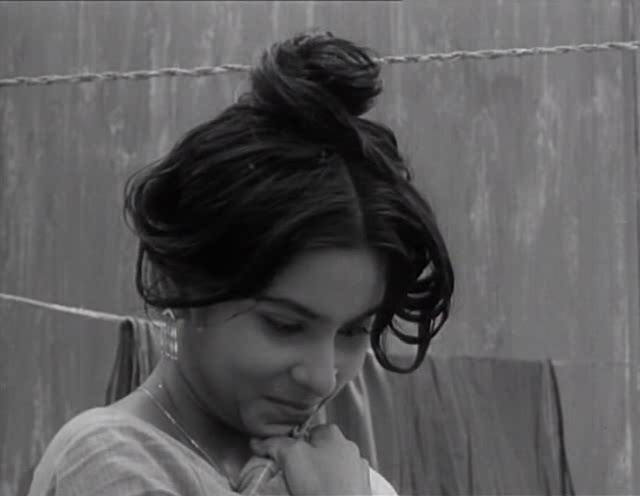 I had one of those "did I see this?  Wait, that doesn't look familiar. Maybe I did?"  moments when I started this film.  I really hate it when that happens because I would like to think that I am very good at remembering movies.  However, I soon realized that I had seen this movie probably ten times since I started The Book journey-just with different titles and actors.

This is the story of an Indian family trying to keep it all together, but after tragedy upon tragedy is heaped upon them...they don't end up doing so hot.  The number of terrible things that happen to these people made me think, somewhat inappropriately, of the Debbie Downer sketch on SNL.  I still don't know how so many tragedies could happen in one movie and have it still be boring.

I will confess, though, that my version of this film was so bad that it fueled my hate fire.  The subtitles were cut right in the middle like a bad Xerox and at some point the actors all turned into silhouettes. So far, this seems to be the only version available.

Hated this film, which is a shame because the opening scenes were actually quite promising.

No facts on this one.  Hmmm...did you know Hitler was named man of the year of Times Magazine in 1938?  Pretty messed up.
Posted by Amanda at 7:03 PM