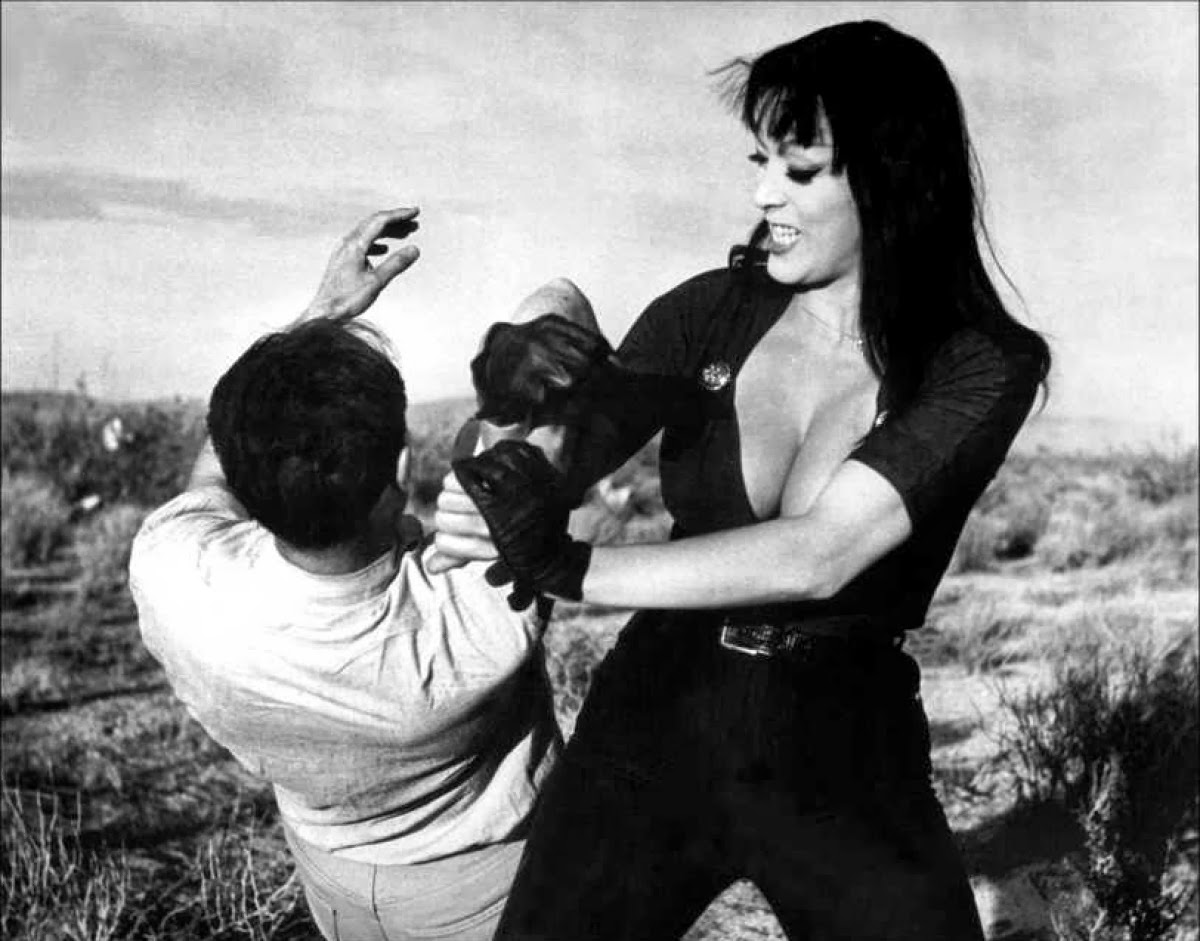 People seem to be on two sides of the spectrum here.  On the one hand, some condemn this film as extremely misogynistic; just a sweaty male preteen fantasy.  On the other hand, some say that this film is a work of feminism.  The women in this film use their bodies as weapons and are certainly not victims.  So where do I fall on this debate?

Definitely, definitely on the "this is a sexist piece of garbage" side.  One reason is just a feeling so I can't back it up too well.  I just did not get that sense that the director was supporting women with this film. I definitely felt that there was a lot of hate driving this movie and it certainly wasn't aimed at sexism.

Even I couldn't stop staring at the breasts of Tura Santana.  I feel like if feminists try to justify the outrageously revealing outfits, they are really grasping at straws.

I should also mention that the plot is absolutely ridiculous and the acting was atrocious.  Did I feel empowered by this film?  Not in the slightest.  The most positive message I can take away from this film is that women can be psychopaths too!  Well, I already knew that, thanks.  Give me Buffy any day.

After all, John Waters loved this movie.  Enough said.

Meyer chose this particular delightful title because he claimed that speed, violence, and sex are all that's necessary for a good film.