The Sound of Music
1965
Directed by Robert Wise 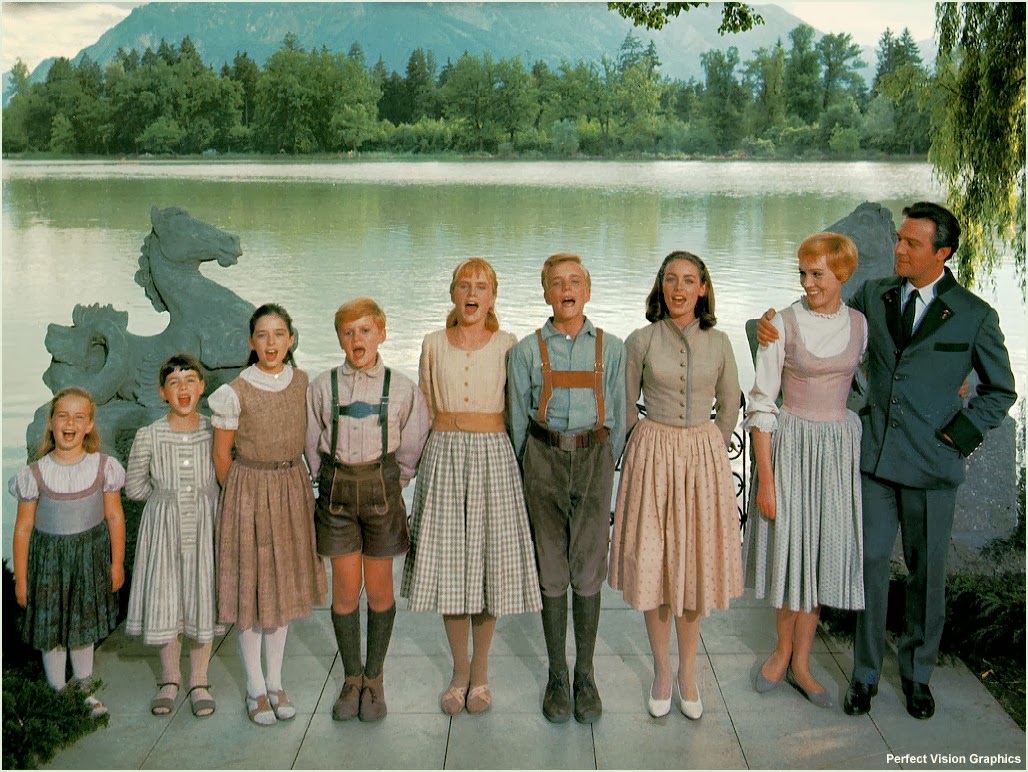 Moving right along from the highly disturbing Battle of Algiers, we now have to deal with a sickeningly sweet musical.  Gotta love the chronological system!

I think everyone has either voluntarily seen this movie, been forced to watch it against their will, or been haunted by sleepless nights when they can't get "My Favorite Things" out of their heads.  I belong to the first category and well I can't say I hated it, I can certainly see why this movie could get on people's nerves.

Julie Andrews plays the impossible optimist Maria, who is sent to be the governess of the Von Trapp family.  She teaches them to sing and be a general annoyance to dinner party guests.  Eventually, she falls in love with the strict father Georg Von Trapp.  Nazi hilarity ensues.

I generally love musicals and have to admit that I have several of these songs memorized.  However, the story is barely plausible, the Maria character is a bit hard to swallow without gagging, and the children's actions are unusual at best.  Still, a must see movie; it has been parodied a thousand times.

Anyone seen the recent Carrie Underwood version?  Is it as bad as everybody says?

Just looked this film up on Wikipedia.  Hint: any time a character is described as "free spirited" it probably means they are annoying as hell.

Christopher Plummer refers to this movie as "S&M" or "Sound of Mucus".

Charmian Carr and Christopher Plummer would often flirt with each other on set.

In reality, if the Von Trapps had traveled through the mountains to escape, they would have ended up near Hitler's mountain retreat.

Make sure there isn't any glass around for this number: