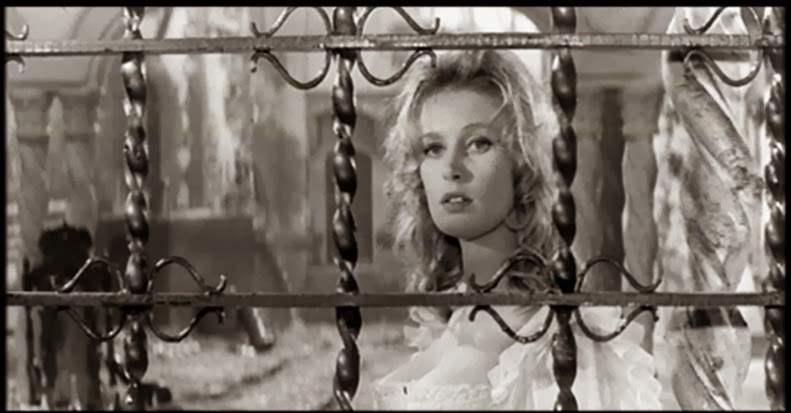 First of all, I wanted to ask my frequent commentator Ray, if he would be willing to shoot me an email. I am doing a profile on Andrew from 1001movieman and would love to have a couple comments about him from one of his most devoted followers.  My email address is ampanda95@comcast.net.  I am asking this publicly because I love the thrill of rejection in front of an audience.

Now, onto to one of those movies that I promise I won't remember in two weeks.  I didn't even understand what was going on with the plot when I was watching it and now I must recount it.  I feel like I just got called on in class and didn't hear the question.

Okay, let's give this a try.  A soldier finds a book and the author is someone's grandfather?  The story then follows the soldier's adventures as he goes through haunted woods.  He meets two sisters who claim that they are his cousins and he must marry him.  Then things get gross.  Then the gypsies start telling a story which officially makes it a story within a story within a story.  Yikes.

It is really hard to pay attention to a complicated story that doesn't interest you in any way.  This movie has been described as sexy.  While if incest is sexy to you...ugh, let's not go down that road.

Fans of this movie include Luis Bunuel and Martin Scorsese.

Email ThisBlogThis!Share to TwitterShare to FacebookShare to Pinterest
Labels: Wojciech Jerzy Has