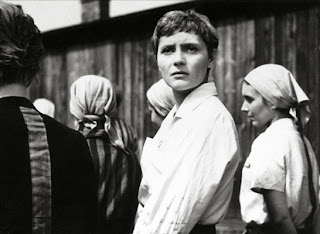 First of all, 401!  Some might say that is an even milestonier milestone than 400 since now we only have a solid 600 to go. Very exciting stuff happening here.

Anyway, the task of watching this film was problematic, bordering on a complete disaster.  For one thing, this film is extremely hard to find, let alone find with English subtitles.  I ended up failing on the second part.  Additionally, my headphones haven't been working lately and only play dialogue if they are twisted in a very specific way.  It almost never plays lyrics on my phone when I bring up a song so it is kind of like having my own karaoke machine.  Now, I guess it didn't matter too much because I couldn't understand what they were saying anyway, but it still would have been nice to have sound.  So yeah, I ended up watching a silent film that was actual incomplete because the director died halfway through filming.  It was a good time.

Luckily, there were a few sites on the internet that allowed me to at least have a basic idea of what was going on.  This is the story of an SS officer who befriends and attempts to help a woman at Auschwitz.

This film is only an hour long and even with my unique…situation I still didn't get too bored.  I don't think I want to try to find it with subtitles (the filmmaking didn't blow me away) but not a complete waste of time.

Munk died in a car accident on his way back from filming one day.