Sayat Nova
The Color of Pomegranates
1969
Directed by Sergei Parajanov 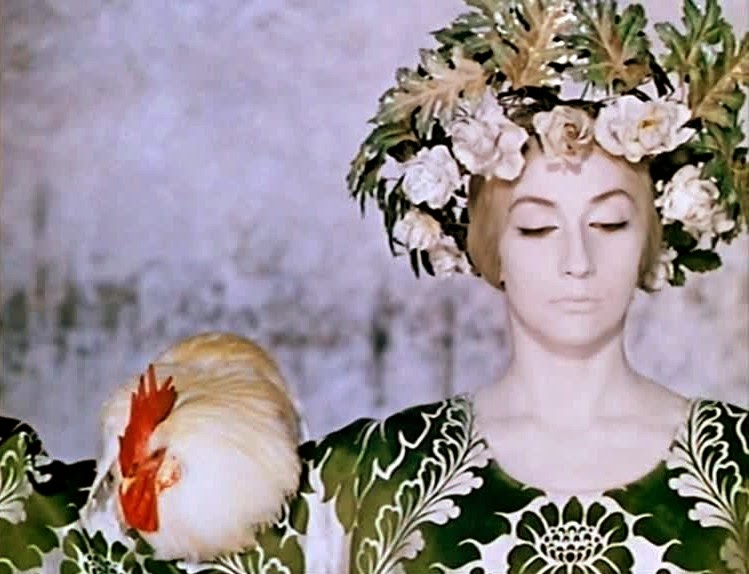 This is one of those films that very few people get and the ones that claim to are often suspected of being pretentious posers.  It is not exact an appealing spectrum to fall on.  I happen to land on the idiot rating, I think, since I have no idea what that was and have no desire to see it again.

Apparently, this is the life story of a poet.  At least, that is what I read this film is about.  I never would have come to that conclusion by myself, since there is absolutely no plot structure.  I suppose that there is no denying that some of the images are beautiful.  There is also no denying that a film like this will bore most people to tears.

I didn't find any of the scenes particularly interesting; at least with something like Un Chien Andalou the images kept my attention.  Totally skippable.

Banned in the Soviet Union.
Posted by Amanda at 1:26 PM