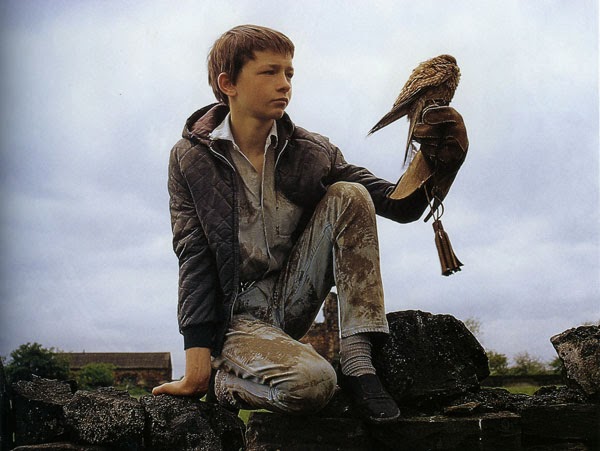 This is the last film from the 1960s!!!  It has really been a rocky send off, but I suppose that makes it easier to say goodbye to this decade.

Is there ever a film about British school children that isn't horrifying?  I hope frequent commentator, Ray, did not have it so bad.  This is the story of Billy Casper, who is bullied by pretty much everyone, He finds solace in training a falcon, which, in a not so subtle metaphor, represent the wings he desires to fly away with.

So here is a film that I think a lot of people will find emotional, but I found to be a bit lacking.  For one thing, the movie was very predictable.  Maybe this isn't the film's fault, since the movie has probably been copied so many times, but it still made the experience significantly less enjoyable.  For another thing, I am not a huge fan of films starring kids and this kid is about as whiny as they come.

Overall, one that I would have happily skipped.

Some of the children were actually beaten by the actor who played the headmaster.  They were all paid a bonus of 50 pence.  Um...

The Yorkshire accents in this film make it somewhat difficult to understand for both British and American audiences.  Parts of the movie were dubbed because of this.