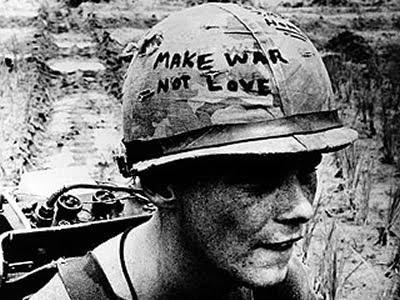 Here we have another documentary about something just as emotionally damaging as high school: the Vietnam War.

This film mostly consists of talking heads explaining the US involvement in the Vietnam Conflict.  I would like to think that I am well informed about the Vietnam War since I have studied Asian history all through college.  Still, I didn't recognize any of the people who were interviewed?  Were we supposed to?  If so, then I totally did...

I think at this point we all realize that the United States never should have become involved in Vietnam.     I say this because this film is heavily anti war so the impact of its message doesn't exactly pack the same punch anymore.  Still, it is a very informative documentary and one that I would definitely recommend to anyone interested in learning more about the war.

Met with a very hostile and negative reception.