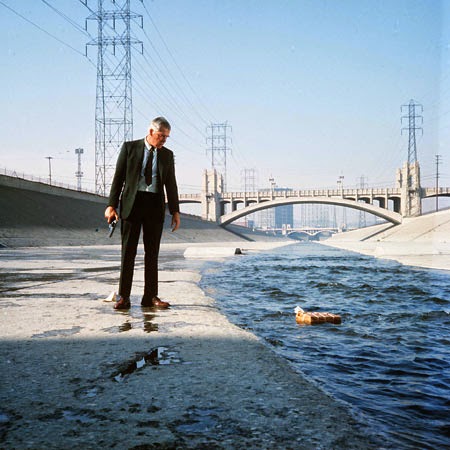 I was shocked to look at the checklist in The Book and see that I had checked this off.  What?  When had I seen it?  I had absolutely no memory of it.  I watched it (again?) a couple of days ago and already the details are slipping from my mind. What is wrong with me?  I think I just need to focus.

I stopped writing for about five minutes to surf the internet.  Do I have a problem?  Anyway, Lee Marvin plays Walker, a man who, along with an accomplice, steals a large sum of money.  His accomplice ends up betraying him and running away with his wife.

I enjoy revenge movies.  They are certainly not that original, but they are always entertaining and satisfying, at least for the viewer.  I have no problems with a formulaic film, though, as long as it is fun. I personally would have enjoyed it more if his anger had been a bit more righteous, but I suppose I am just fantasizing about far superior revenge stories, like The Count of Monte Cristo or Kill Bill.

In any case, it was worth a watch although did anyone else think the car scene made everybody involved look ridiculous?

John Vernon cried after Lee Marvin hit him particularly hard in one of their rehearsals.

First movie to be filmed at Alcatraz after the closing of the prison.