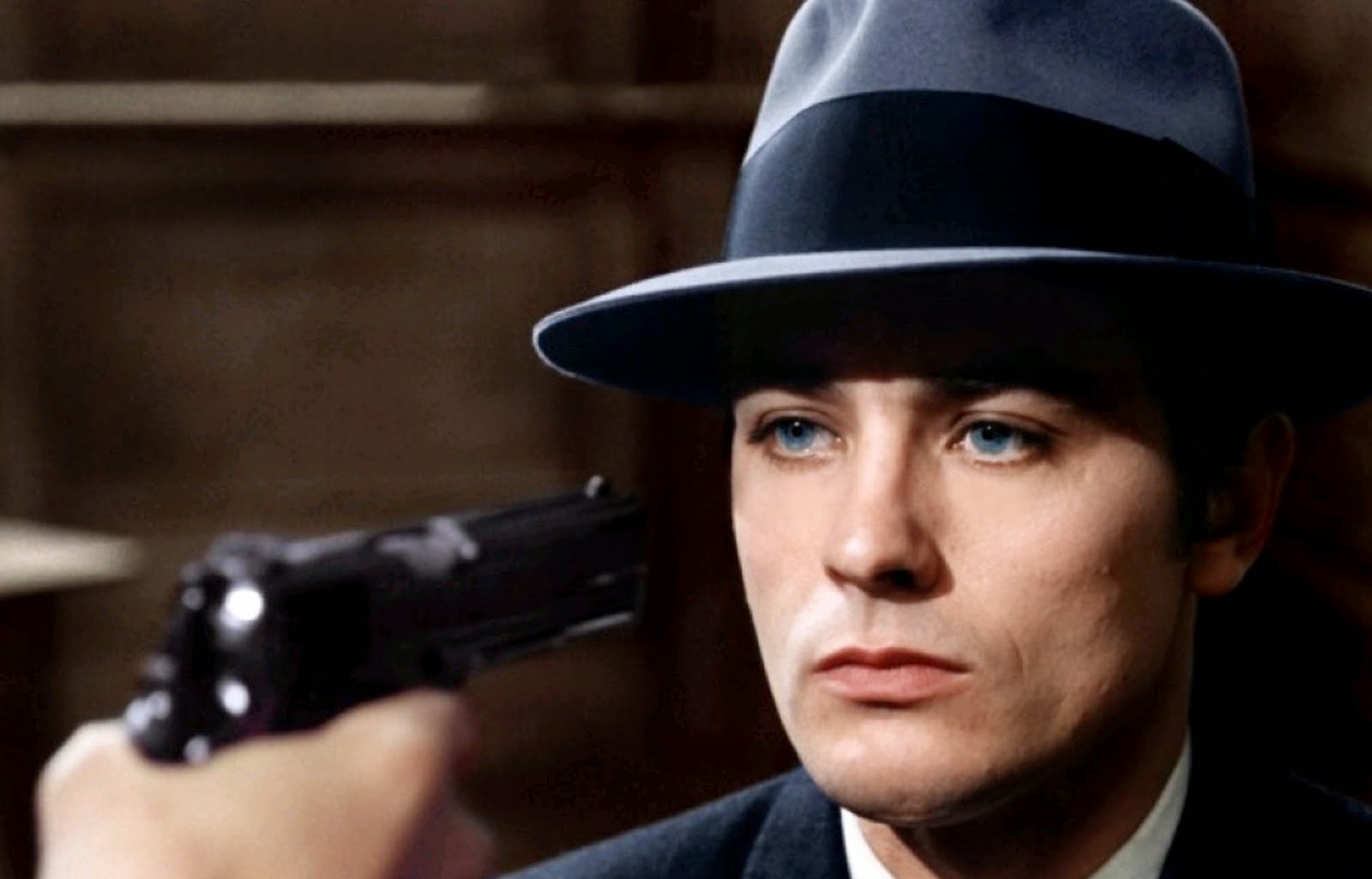 I apologize for taking so long with this post.  I had trouble finding this one and took to just googling it everyday.  I eventually found a link that worked, though it might be gone already.  I would advise my fellow List followers to track down this film as soon as they can.

Fair warning: the plot summary makes the movie sound a lot more interesting than it actually is.  In fact, the things I didn't like about this film (the pacing, the woodenness of the lead) are exactly the things that are most praised.  I know everybody has different tastes, but surely watching an expressionless face for an hour and a half would get on anybody's nerves?  No?

Jef Costello is a hit man who... does some things. Huh.  This is a hard plot to describe without giving away spoilers.  As I mentioned, this character never seems to be fazed by anything and is stone-faced throughout the entire film (much like I was when I was watching it).  I get that this was his character, but it did get a bit dull after awhile.

There are quite a few good action scenes in this film but I was still bored throughout most of it.  Still worth a watch, though; I think I am just getting harder and harder to please.

No dialogue for the first ten minutes of the film.

The caged bird that Jef owns later died in a fire.  But that was my favorite character!