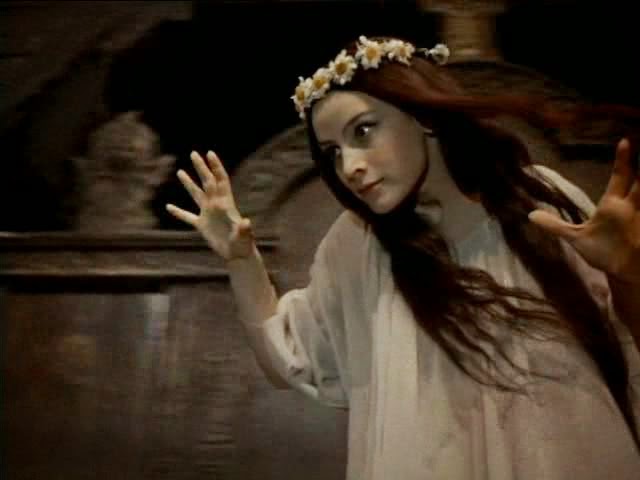 I really did try to watch this earlier.  I asked my sister to watch it with me but somehow, when she found out that it was a Russian 1967 folktale, the viewing of the film kept getting rescheduled.  Finally, I settled down to watch it yesterday.  While I would have liked to have proved my sister wrong by being blown away by this film, I am afraid that wasn't the case.

Three monks are on their way home when they got lost.  It is hard to sympathize with these characters since they torture goats and attack women beforehand.  In any case, they stumble upon a house owned by a sexually aggressive old lady.  She rides one of the men to...wait, for clarity's sake she climbs on top of him...ugh.

Anyway, she magically transforms into a beautiful young woman and one of the monks is forced to stay with her corpse for three nights to read her last rites.  Shit gets weird.

The special effects in this film were impressive for the time, but still pretty laughable.  I felt like the middle of the movie was building up to an ending that really didn't deliver.  No spoilers here but Jabba the Hut makes an appearance.

So a good movie to watch if you want to see the development of special effects but otherwise, quite forgettable.

Based on a Ukranian folk tale.