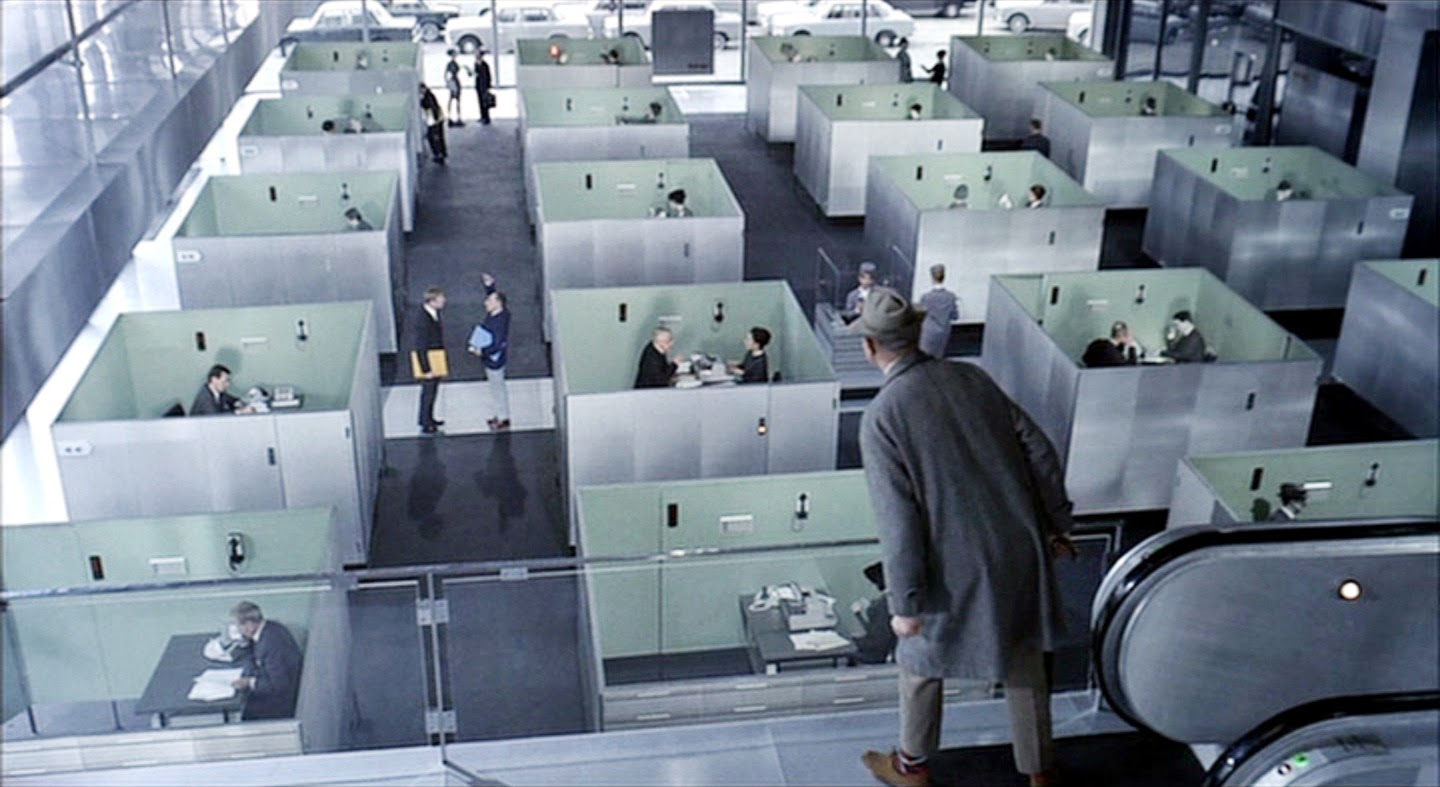 I really thoughts the days of having to endure silent comedies were over (though quite a few of them were enjoyable, a lot of endurance was required to get through them all).  However, here we are presented with Jacques Tati's Playtime.  Although it is not a silent comedy, his hijinks certainly play out that way and it is actually quite a tiresome watch.

Monsieur Hulot (Jesus, is there a character I have missed less?), is back for another performance.  He plays a confused Frenchman who is unable to adapt to the modernity of Paris.  It is kind of like watching your grandparents struggle with new technology.  Mildly amusing, but there comes a point where you just what to yell at them since you feel like the task they are having trouble with couldn't be any simpler.

Simply not funny and I have no idea why Tati got three movies on The List.

The failure of this film left Tati in debt for a decade.