Who's Afraid of Virginia Woolf?
1966
Directed by Mike Nichols 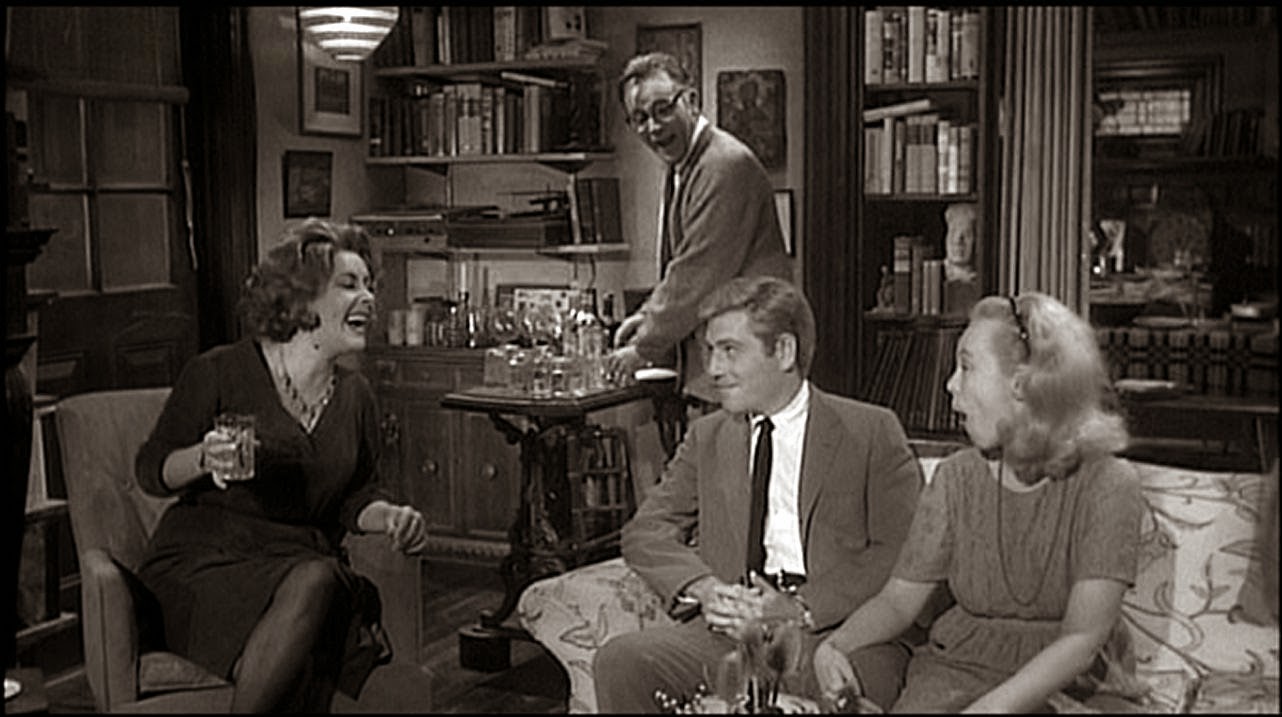 Even though In the Heat of the Night is listed in the Book as a 1967 film, it comes before Who's Afraid of Virginia Woolf, which is listed as a 1966 movie.  What?  Oh well, we will follow the Book, even though we know it is wrong.  It is the American way.

I have witnessed my fair share of couple fights, which are always horribly awkward and uncomfortable. Usually, I make a run for the bathroom or become very interested in the ceiling design.  Occasionally, I will make the situation a lot worse but interjecting and saying something stupid.  Anyway, watching this film was just as bad as being a third wheel to a feuding couple.

Martha invites a young couple to her house for drinks, unbeknownst to her husband.  They pretty much scream at each other throughout the entire movie, which succeeds in giving me a headache and impressing film buffs.

I tend to not like films that are so obviously meant to be plays.  If you are going to change mediums, at least make the experience seem cinematic.  I felt incredibly trapped in that house, which I guess is how the director wants you to feel throughout the film.  Still, it was not an enjoyable experience and while I understand why some people would like this, I just wanted it to end.

Although I do have to say there is a pretty cool twist at the end.

Taylor gained 30 pounds for her role in this film.

All credited actors received Oscar nominations for this film.