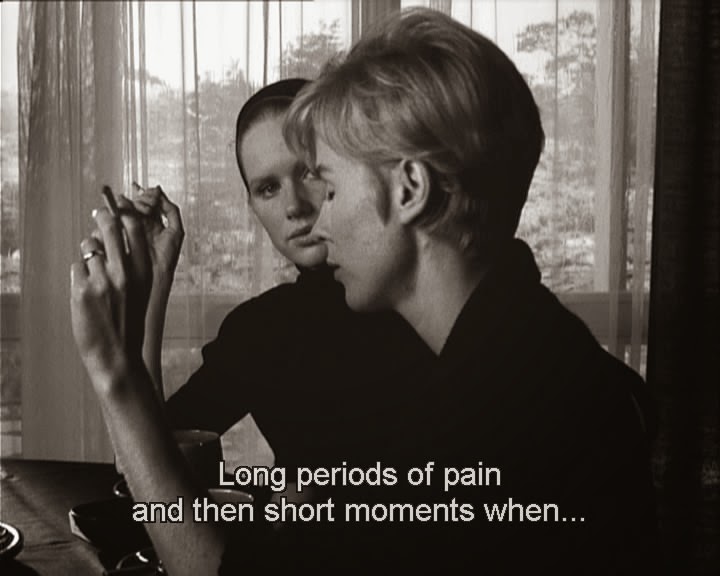 Ugh, another Bergman film, another wasted 83 minutes.  I am going to keep this really short since my "Bergman is always boring" defense is probably getting quite old.

An actress refuses to talk so is put in the care of a pretty crazy nurse.  Nonsensical imagery and northern European gloom ensue.

This is another dull film that makes about zero sense.  Unfortunately, I don't care enough to try to dissect it.  What's with the film crew at the end?  Oh, who gives a damn.

I do, however, encourage you to leave comments that tell me some truths this film reveals and why it is worth anyone's time.

Bergman fell in love with Ullman during the course of filming.