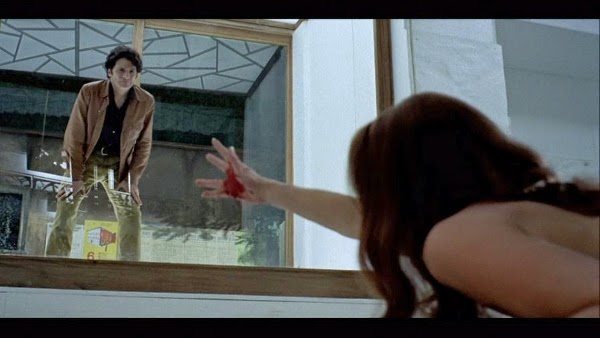 As much as I enjoy some of the more artsy films on this list, it is great to every once in awhile just have a regular, tense thriller.  This was a fun murder mystery that I didn't have to think too hard about and after the week I had, this was heavily appreciated.

Sam, an American writer, witnesses the stabbing of a young woman, but is unable to reach her as he is trapped between two glass doors.  Sam and his girlfriend Giulia decide to try to track down the assailant, who is attacking young women left and right.

These kind of films are always entertaining but seldom well made.  However, some of the shots in this movie were just stunning, although I cannot give away my favorite one without spoiling the ending. These are the kind of gritty, Hitchcockian films that everyone can enjoy.  And yes, I was genuinely frightened by some parts of this movie.  Don't mock; my apartment gets very dark.

The bird species in the film doesn't actually exist.