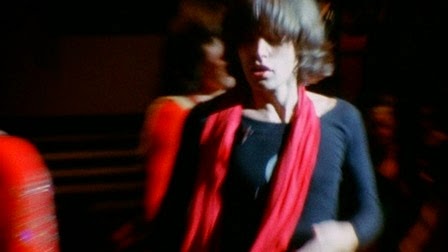 Mick Jagger once again makes an appearance and this time the result is a lot better.  I mean, this film didn't include any torture scenes with confusing messages on the walls and men in diapers.  So, you know.  Improvement.

Gimme Shelter is a documentary that follows The Rolling Stones' 1969 tour.  This, of course, is when the infamous Altamont Free Concert took place.  The footage of that concert is actually pretty disturbing to watch.  When is hiring Hell's Angels as security ever a good idea?  I would make a Real Housewives reference here, but I am trying to convince you guys I am at least a little bit intelligent.

I was never that big of a Stones fan but that didn't stop me from thoroughly enjoying this movie.  Obviously, the footage of the Altamont Free Concert was fascinating, especially since you can see Meredith Hunter, but I found the backstage negotiations just as interesting.  Definitely worth its place on The List.

A total of four people died at Altamont.

George Lucas was one of the cameramen used in this film but not of his footage was used.