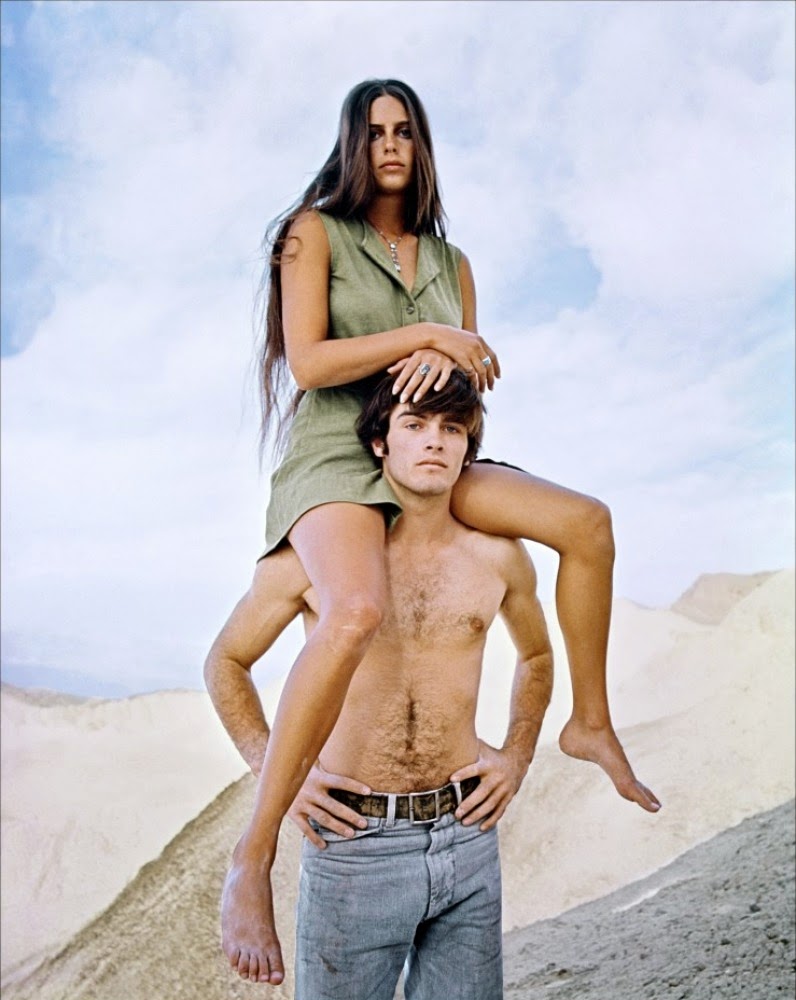 It has been quite awhile since we have heard from Antonioni and I don't remember leaving him on the best terms (ahem...Blowup).  However, this was a pretty great film and really felt like it captured a beautiful moment in time.

Mark is a young protestor who claims that he is willing "to die for the cause, but not of boredom".  Here's a recommendation, Mark: don't watch some of the films on this list.  After fleeing a violent protest, he steals a plane and seduces Daria, a stereotypical 60s teenager.  A lot of what happens next doesn't make a whole lot of sense, but the cinematography is so beautiful that you don't really care either way.

Harrison Ford can be seen in the background of the jail scene.

The main actor in the movie, Mark Frechette, died in prison after robbing a bank.  He dropped a barbell on his neck.  See, this is why I don't work out.
Posted by Amanda at 2:18 PM