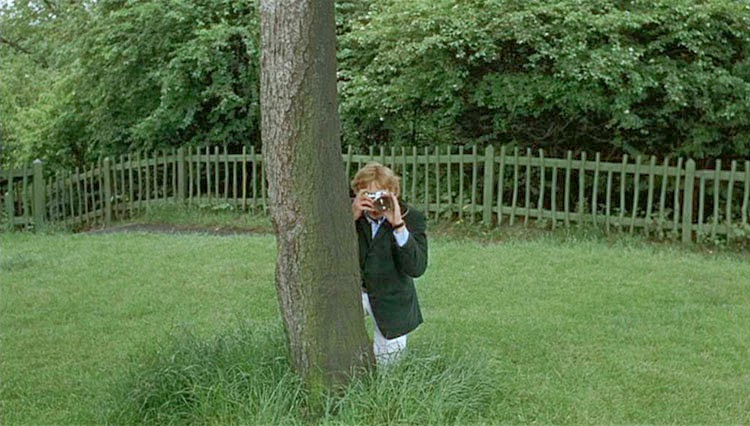 We have reached what is probably the most pretentious film on The List.  Now that I have a better understanding of Antonioni's work, I should probably appreciate this movie more than when I first saw it a couple years ago.  Unfortunately, I still think it is a piece of pompous garbage.

A womanizing photographer believes that he accidentally took photos of a murder.  It seems like a really good premise and I would have loved to see how someone like Hitchcock might of handled it.  But instead of a really interesting mystery, we get mimes playing tennis.  If that doesn't warrant an eye roll, I don't know what does.

Now, there are certain films on this list that aren't meant to be entertaining (which is something that has always been hard for me to get used to).  However, I failed to find any truths in this movie in the midst of my boredom.

Just a dull film masquerading as something deep.  I know I am going to get some heat for this review.  I await my sentence.

Performance by the Yardbirds.  Love those guys.
Posted by Amanda at 3:21 PM