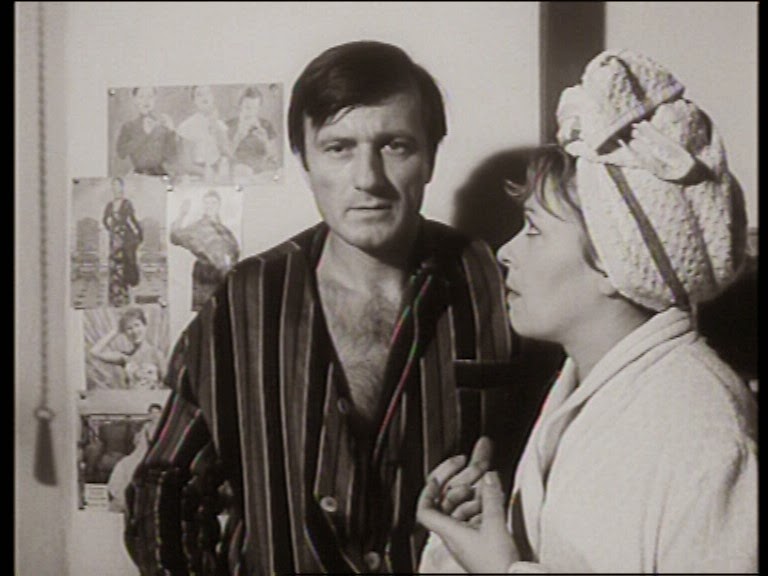 Here we have the Czechoslovakian version of Who's Afraid Of Virginia Woolf?.  I know, I know: the long wait is finally over.

An unhappy married couple find that their house has been broken into after attending a political event.   They proceed to bicker quite intensely, enough that I would be running for the window if I was in their presence.  So this was just as awkward as Virginia Woolf, but at least this film has some political commentary.  It was nice to get something out of this besides palm sweat and anxiety.

I did enjoy this film, despite the secondhand embarrassment it offered.  I don't want to give too much away, but I love how the director at times made us feel like we were watching a horror film.  And honestly, what's scarier than having your marriage fall apart while you are under surveillance by Soviet forces?  Think of the secondhand embarrassment that the Soviets must have experienced listening to their wiretaps.